Will Constitutions Be Diced?

Posted on October 21, 2019 by ourgreaterdestiny

Are you aware of “The Draft International Covenant on Environment and Development” (DICED)? The Draft Covenant is the “Environmental Constitution of Global Governance.”

Excerpts:
The first version of the Covenant was presented to the United Nations in 1995. It was hoped that it would become a negotiating document for a global treaty on environmental conservation and sustainable development.

The fourth version of the Covenant, issued on September 22, 2010, was written to control all development tied to the environment, ‘the highest form of law for all human activity.’

The Covenant’s 79 articles take Sustainable Development principles described in Agenda 21 and transform them into global law, which supersedes all constitutions including the U.S. Constitution.

All signatory nations, including the U.S., would become centrally planned, SOCIALIST countries in which all decisions would be made within the framework of Sustainable Development.

The writers describe the Covenant as a “living document,” a blueprint that will be adopted by all members of the United Nations. They say global partnership is necessary in order to achieve Sustainable Development, by focusing on “social and economic pillars.” The writers are very careful to avoid the phrase, “one world government.” Proper governance is necessary on all levels, “from the local to the global.” (p.36)

The Covenant underwent four writings, in 1995, 2000, 2004, and 2010, influenced by the Johannesburg World Summit on Sustainable Development, by ideas of development control and social engineering by the United Nations, “leveling the playing field for international trade, and having a common basis of future lawmaking.”

From representative democracy to unquestioned obedience

A 20th Century coup d’etat by private corporations instilled representative democracy, which is a dictatorship. It is designed that way to control the masses.

Most politicians, if not all, have been infiltrated by globalists in the throes of finalizing a centralized totalitarian one world government dictated in the name of environmentalism.

Society is set up to accommodate and reward psychopathy

Throughout history our main problems have been caused by the way we keep designing systems that elevate psychopaths to positions of leadership, who then go on to make psychopathic decisions. 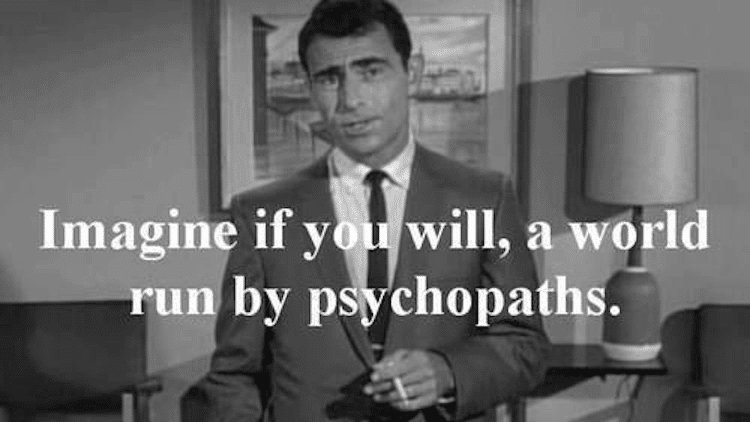 Totalitarianism is a political concept of a mode of government that prohibits opposition parties, restricts individual opposition to the state and its claims, and exercises an extremely high degree of control over public and private life. It is regarded as the most extreme and complete form of authoritarianism.

Consent is power – use it wisely

When you vote, you give your proxy [consent] for politicians to make decisions in your absence about where and how you are going to live [sustainable development], type of governance [totalitarianism], mandatory vaccinations [population control], 5G untested for health and safety, communism taking over classrooms and journalism, lawlessness and immorality, … the list is long.

Sustainable development is not about improving the outer environment, it’s about controlling and manipulating man’s inner environment. In other words, getting man to willingly give his/her body, mind spirit/soul power to the forces of darkness.

The question to ask is, “What do I need to change about me to raise our collective signature energy [consciousness] so as to magnetize genuine solutions?”