Posted on November 9, 2019 by ourgreaterdestiny

“Here’s both the short story and the big picture: the Pedogate perps in Broward County, Florida had Field McConnell arrested in Pierce County, Wisconsin yesterday.  Why?  Because exploding an atomic bomb in the Alt Media was preferable to detonating a hydrogen bomb in the mainstream media.  That’s why!”

There are several reasons for this fact of life in 2019.  One of main reasons is the same explanation for why Jeffrey Epstein set up shop just north of Broward in Palm Beach County, Florida—that’s where the BIG MONEY is!  That’s also where the aging Illuminati families are who want to stay young forever.  The way they stay young is to pay BIG MONEY for the organs, tissues, blood and adrenochrome that are harvested from illicit child exploitation operations.

KEY POINT: It’s been stated by knowledgeable researchers that the Gold Coast of Florida — from Stuart to Miami — is home to the greatest concentration of Illuminati families on the planet.  These families represent the really old money of the Black Nobility, unlike the nouveau riche of California.  Those banking families of Northern Italy dating back to the end of the 13th century have their roots not only in the spoils of the Roman Empire, but also the plunder brought back from the Nine Crusades as well as the riches generated from the East-West trade routes opened up by Marco Polo’s journeys to China via the Silk Road.  Now that’s OLD MONEY.

There are specific reasons why the richest families in the world chose the southeast Florida coast to live on which are beyond the scope of this article.  Suffice to say, that the Gold Coast was chosen because of how prominently configured it is within The New Atlantis.

The forces of darkness have been around so long they know man better than most people know themselves, hence Field McConnell was likely infiltrated, which led to his incarceration. There is likely way more to this than anyone realizes.

Field believes he is doing the will of the One True Creator by exposing evil however his way of doing things ticked off a lot of people.

If Field had opted into the Bill of Peace 2020 he would have been surrounded by people who have his back. [Page 2 AFFIRMATIVE RELIEF] https://www.dropbox.com/s/cfzqe18hjtagmwy/Remedy%20Relief%20Locked.pdf?dl=0 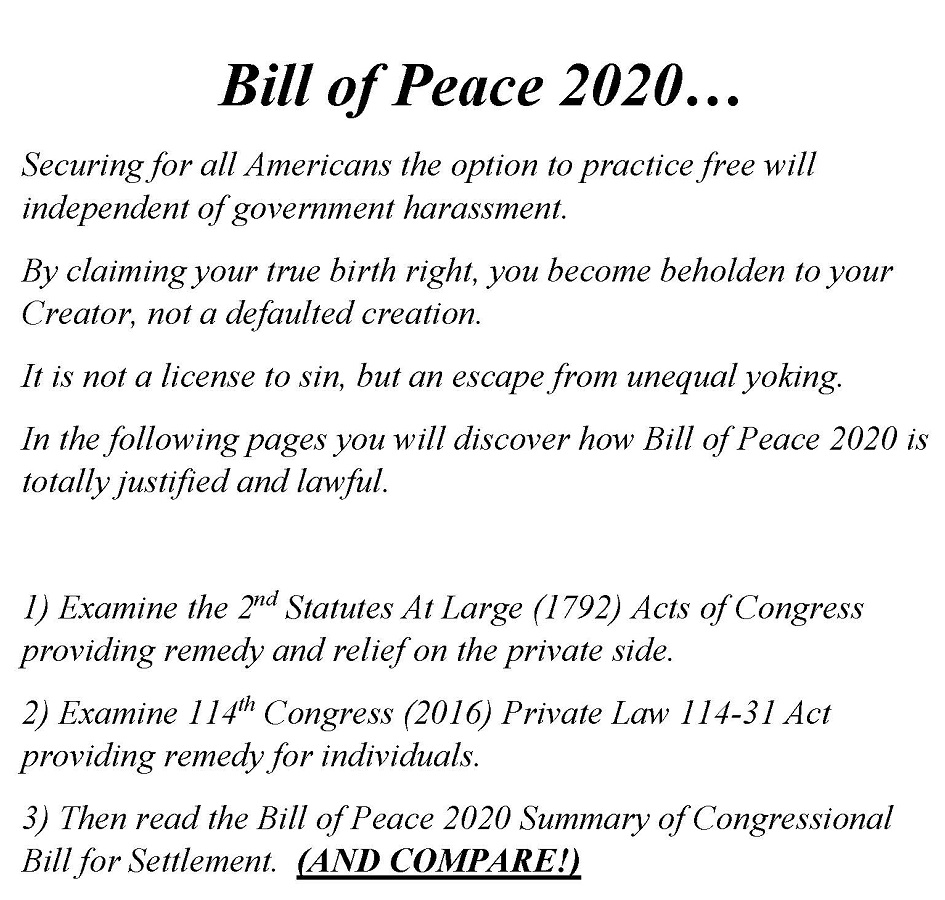 Thanks to Richard for this informative interview.

Did you know EVERYTHING is a contract?

Please spread the word about the Bill of Peace 2020, and pray all righteous truth seekers and speakers safe and free.  Thank you.

Author, Radio Host, Researcher, Editor, and synthesizer of facts, for people to rescue themselves from unawareness, fear, and limitations.
View all posts by ourgreaterdestiny →
This entry was posted in Consciousness, Economic Finance System, Globalization, Great purification, Law and tagged The children. Bookmark the permalink.