Posted on January 9, 2020 by ourgreaterdestiny 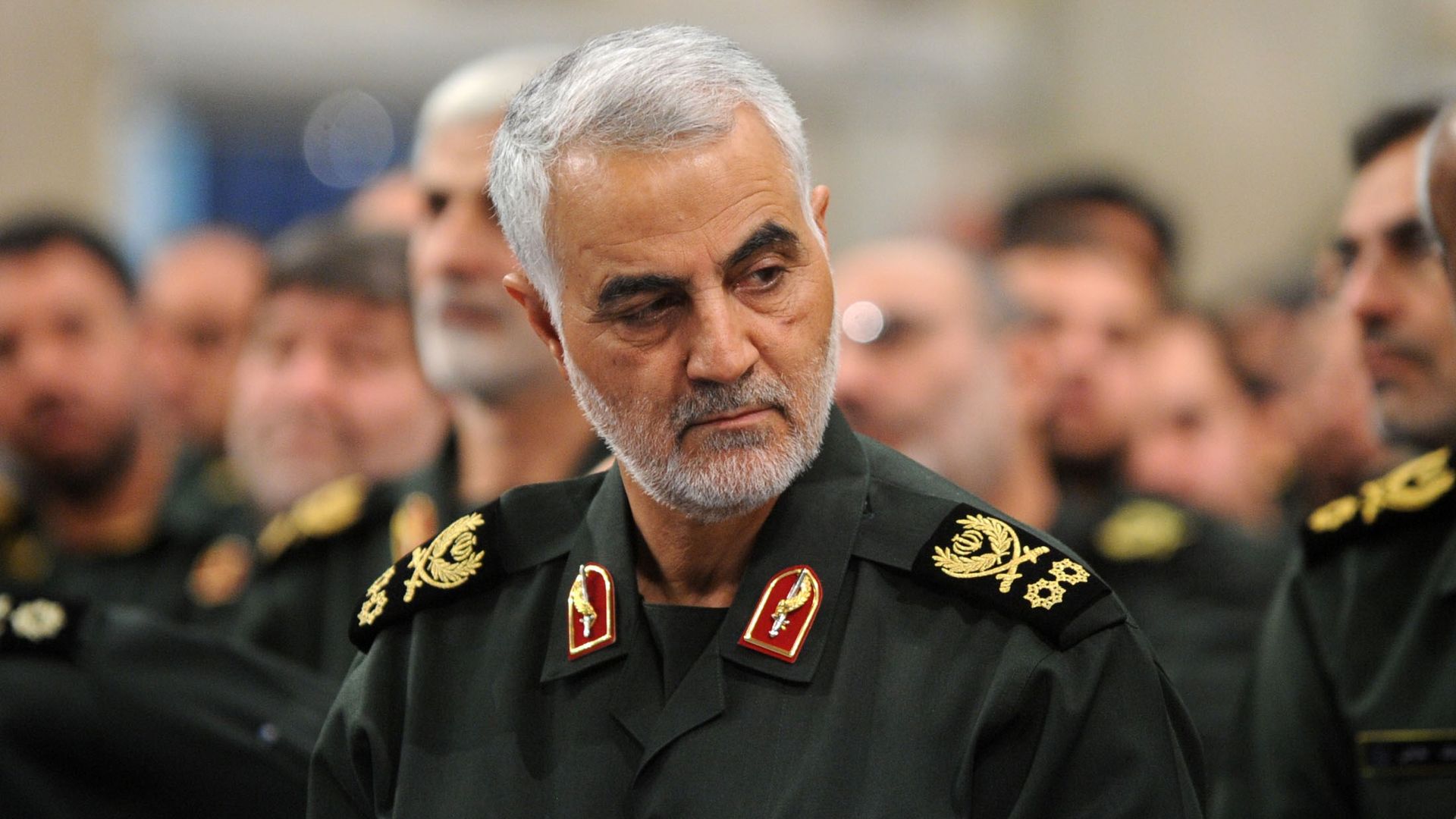 Notice the ORB next to Qasem Soleimani’s cheek?

State of the Nation

It’s entirely true: SOLEIMANIgate will prove to be President Trump’s greatest scandal, especially because of its many profound and disastrous international implications which will inevitably manifest.

What Trump just tried to pull off in Iraq is nothing short of a series of serious war crimes, as well as attempts to coerce a nation and its head of state to agree to a nationwide redevelopment deal that amounted to nothing more than an immense multi-billion dollar shakedown.

Here’s the back story you’ll never read in the CIA’s Mockingbird Media.

But, first, it’s crucial to understand the context of the following authoritative account:

The Iraqi prime minister, Adil Abdul-Mahdi, has revealed details of his interactions with Trump in the weeks leading up to Soleimani’s assassination, in a speech to the Iraqi parliament. He tried to explain several times on live television how Washington had been browbeating him and other Iraqi members of parliament to toe the American line, even threatening to engage in false-flag sniper shootings of both protesters and security personnel in order to inflame the situation, recalling similar modi operandi seen in Cairo in 2009, Libya in 2011, and Maidan in 2014. The purpose of such cynicism was to throw Iraq into chaos.

Here is the reconstruction of the story:

[Speaker of the Council of Representatives of Iraq] Halbousi attended the parliamentary session while almost none of the Sunni members did. This was because the Americans had learned that Abdul-Mehdi was planning to reveal sensitive secrets in the session and sent Halbousi to prevent this. Halbousi cut Abdul-Mehdi off at the commencement of his speech and then asked for the live airing of the session to be stopped. After this, Halbousi together with other members, sat next to Abdul-Mehdi, speaking openly with him but without it being recorded. This is what was discussed in that session that was not broadcast:

Abdul-Mehdi spoke angrily about how the Americans had ruined the country and now refused to complete infrastructure and electricity grid projects unless they were promised 50% of oil revenues, which Abdul-Mehdi refused.

I was supposed to meet him [Soleimani] later in the morning when he was killed. He came to deliver a message from Iran in response to the message we had delivered to the Iranians from the Saudis. Read more at http://stateofthenation.co/?p=3727

This U.S. Mideast strategy was actually formulated and approved decades ago.  Each POTUS is not even permitted into the Oval Office until they first sign a contract with the U.S. Corporation which stipulates that, as CEO and President, they will prosecute any war and execute any black operation required to expand the influence and increase the power of Israel.  The newly elected POTUS also promises, on pain of death if the contract is broken, not to prosecute a single previous POTUS of war crimes or any other high crime or misdemeanor.  This is exactly why AG Barr’s DoJ will only touch the surface of UKRAINEgate—Obama would be in prison by now if the Attorney General was serious. Read more at http://stateofthenation.co/?p=3333

Why did the C.F.R./Gl0bal!sts suppress Alex@ndr S0lzhen!tsyn’s message? Because they don’t want the American people to know:

To grasp the tragic events taking place throughout the world today, and terrible events that lie ahead if we permit them, you need to comprehend the alliance that exists between leaders of the communist world, and C.F.R./Gl0b@!ists who control our nation. [s]

. . . there also exists another alliance – at first glance a strange one, a surprising one – but if you look closely, one which is well-grounded and becoming more obvious by the day. This is the alliance between our C0mmunist leaders and your c@pitalists. This alliance is not new. The very famous Armand Hammer, who is flourishing here today, laid the basis for this when he made the first exploratory trip into Russia, still in Lenin’s time, in the very first years of the Revolution. Read more at https://www.crossroad.to/Quotes/globalism/monteith/1-communist-capitalist-2007.htm

The quiet w@r waged against mankind decades ago using silent weapons, and that met with public silence, permitted the w@r to escalate.

Now the food, water, air, vaccines, and technology are toxic. Mass surveillance prevails. We@ther w@rfare is destroying people’s lives, homes, communities, our food, the entire country of Australia, and most if not all their wild life.

Voting gave our proxy to de fact0 g0vernments to make decisions in our absence that  normalized war against man and the environment. Think about that.

Doing inner work to transform dark energy blocking inner wisdom and vision, allows you to see through distractions and deceptions, summon courage to speak up, and empower your ‘whole’ self to take back your life and freedom.

Please, share these and other facts to expose deception and avert possible world war. Thank you.